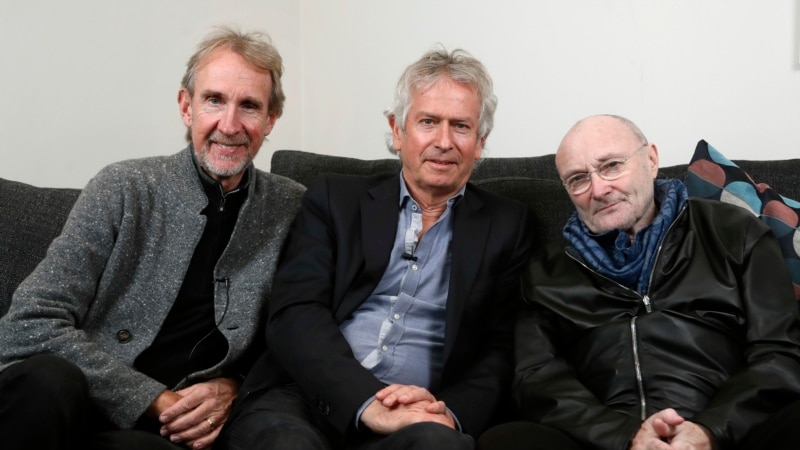 Phil Collins, Tony Banks and Mike Rutherford of the band Genesis have announced they are going to tour the US. Named “The Last Domino?”, The tour will kick off in Chicago on November 15th.

The 14-day tour will also cover cities such as Washington, DC, Charlotte, Montreal, Toronto, Buffalo, Detroit, Cleveland and Philadelphia. Their tour will end in Boston on December 15th.

Phil Collins once said, even though they are busy with their respective careers, they are always happy to be back together.

“I’ve been going back and forth touring the last few years, and feel like I’ve regained my passion. So I’m open to the idea of ​​getting back to playing together,” said Phil.

Meanwhile, Mike Rutherford has also said that Genesis music has its own uniqueness which is different from their solo music careers.

“Genesis songs have a kind of sound and atmosphere and mood that my group doesn’t have, Mike and The Mechanics, and not the same as what Phil did. There is a kind of darkness, maybe a bit of an old Tony Bank feel, but there is such a thing as a sound we created that is unique, and we are happy to be playing it back, “said Mike.

Another Genesis member, Tony Banks, said the togetherness and different people around them also influenced the music they created as a group.

“I think it’s clear that the fun is the friendship, as a whole, not just as a group but the people around the group and all,” said Tony.

“Get an immediate response about the music we make, sometimes we compose these songs. Some of us create them together in one room, then we play and suddenly become something magically big,” he added.

On their tour this year in the US, Genesis will play two shows in the New York area. They will play Madison Square Garden in New York City on December 5 and the new UBS Arena in Belmont Park on December 10.

Tickets for the show for the general public go on sale May 7.

On the tour, Collins, Banks and Rutherford will be joined by their old guitar and bass player, Daryl Stuermer, and drummer Nic Collins.